Solidarity with the people of Lebanon 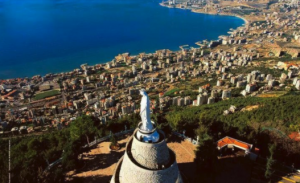 The six Journals and Reviews of Fordham Law School write to express our solidarity with the people of Lebanon, and the larger Lebanese community.

On August 4, 2020, an explosion took place in Beirut, Lebanon’s capital, killing over 220 people, injuring over 7,000, destroying 6,000 buildings, and making 300,000 people homeless overnight. The explosion was caused by 2,750 tons of ammonium nitrate being ignited in the port of Beirut. This is especially catastrophic as Lebanon imports over 80% of everything it consumes, and 60% of those imports come through the port in Beirut. Without the port, Lebanon is struggling to import food, medication and other necessities needed during this crisis.

Lebanon’s financial crisis prior to the explosion makes this even more devastating. The Lebanese Pound has lost 80% of its market value, while inflation has risen to nearly 55%. Additionally, the banks in Lebanon have frozen the people’s assets, only allowing families to withdraw $200 a month. Even people with jobs have not been able to provide for themselves, or their families.

Furthermore, Lebanon, like many other countries, has also suffered from the effects of Covid-19, and the hospitals have struggled to accommodate patients. The explosion destroyed three hospitals in Beirut, and damaged others.

Our hearts and prayers are with the people of Lebanon. For this explosion not only took innocent lives, but also homes, livelihoods, art, history, and culture. Those who survived have been left with physical and mental scars. Lebanon also hosts the largest number of refugees per capita in the world.

The people of Lebanon need our help now more than ever, which is why we have compiled a list of reputable organizations which need your donations. We understand that Covid-19 has taken a toll on us all, and if you cannot donate at this time, we ask that you continue to spread awareness about what is happening in Lebanon. Too often tragedy in the Middle East is senselessly brushed over as something “normal.” But this is not normal.

Lebanon is facing one of the worst humanitarian crises in recent history, as well as an environmental catastrophe. Lebanon is a beautiful country with a coastline that is home to beautiful beaches, and mountains that have been referenced in the Bible. Lebanon has often been referred to as the “Switzerland of the Middle East” and the “Paris of the Middle East.” This will be the eighth time in Lebanon’s history that the Lebanese people rebuild Beirut, which is why the mythical phoenix has been attributed to the city. Beirut will rise again.

Organizations to donate too:

One of the International Law Journal’s own, Katrina Bader, has an uncle who is on the ground in Lebanon repairing homes and bringing food and water to those in need. He and a group of volunteers have been on the streets cleaning and helping those in need since the explosion. On his GoFundMe he constantly updates donors on what they have been working on and what they are doing each day.

The Lebanese Red Cross is Lebanon’s primary first responder, which is unique from other Red Cross Organizations. They are a great organization of volunteers, who live and die for Lebanon every day.

This is a non-profit organization which was started earlier in 2019 to aid Lebanon. They were one of the first to start a donation link. They plan to donate the first 100,000 pounds to the Lebanese Red Cross. For the rest, they are in the process of vetting NGOs across Lebanon to spread the money between them.

This is a non-profit organization that gives food to those who cannot afford it. As there are now 300,000 additional homeless in Lebanon, they will play a vital role in this situation.

Providing shelter for those who have been affected by the blast.

A non-profit organization which is connecting the most affected people in Beirut with donations and volunteers.

This is an organization in Lebanon which provides a tailor-made accurate and beneficial response to Lebanon’s economic and multi-dimensional challenges that are depriving many of their most basic needs and rights.

Located in Williamsburg, this Pakistani burger joint has advertised that if you buy a $25 gift card for a signature burger and fries, now through August 16, 2020, all proceeds will go toward helping Lebanon.

Located in Greenwich village, this Lebanese owned restaurant is donating a portion of their sales for the next four weeks, at minimum, to the Beirut Relief Fund.

An Instagram ice cream shop, where customers direct message the business’ Instagram account to place an order, and receive free contactless delivery in NYC. This week they will be donating proceeds of their sales to Impact Lebanon.

Collecting material goods for people impacted by the explosion.

There is a contactless collection site in NYC.

Space as a tool to address climate challenges: Need for ‘Indigenuity'[1]

Meet Dean Elizabeth Kronk Warner, of the S.J Quinney College of Law at the University of Utah