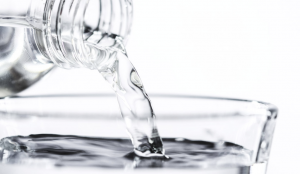 New York’s tap water is popularly referred to as “The champagne of drinking water.”  Despite being high ranked when compared to other states, New York’s tap water has been documented to include 16 industrial and agricultural contaminants, 9 of which are linked to cancer.

Water is required to be filtered and comply with water quality standards.  And yet, New York has continuously been granted waivers as long as it’s complied with federal and state water quality standards. The federal standards are provided by The Safe Drinking Water Act (SDWA), 42 U.S.C. §300f et seq., which was enacted in 1974 to protect the quality of drinking water in the U.S. Despite purportedly safely regulating above ground and underground sources of drinking water, it was last amended in 1996, leaving many contaminants out of regulation and into American’s bodies.  The SDWA provides regulation for only 12 microbial contaminants and 97 out of 60,000 chemicals known to be in use in the US, our testing is ineffective to maintain our health.

New York boasts ‘rigorous’ monitoring and testing standards such as testing the water 600,000 times a year and treating the water with ultraviolet light and chlorine.  Well Paris, France, conducts 1 million tests a year.

This leaves the health and safety of New Yorkers at serious risk.