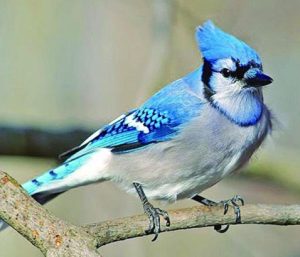 In 1918, Congress passed the Migratory Bird Treaty Act (MBTA) which codified a treaty with Canada and the United Kingdom. It protects roughly 1,000 bird species from extinction. Already millions of birds die on power lines, communication towers, and oil waste pits which kill 64 million, 7 million, and 1 million birds a year respectively. Without it, the devastation would be complete. The MBTA is part of an international treaty conglomerate established with the purpose of protecting avifauna diversity against corporate malpractice.

In 2018, the Trump administration repealed vital language protecting birds from ‘incidental’ deaths. Removing this language strips incentives from businesses to adopt bird-protecting practices and eliminates a host of penalties on violators.

To illustrate the effect of this repeal, if the change was in effect during the Deepwater Horizon disaster, BP would not have been liable for the ‘incidental’ deaths of more than 1 million birds and $64 million worth of settlement funds would not have been paid to restore more than 350,000 acres of bird habitat. Because 99% of bird harm is accidental, the Trump administration has effectively neutered a century-long precedent protecting American birds from extinction and accelerated the destruction of biodiversity.

Department of Interior vs. Environmental Groups

The Department of Interior (DOI) stated the removal of the word ‘incidental’ is beneficial, claiming: “interpreting the MBTA to apply to incidental or accidental actions hangs the sword of Damocles over a host of otherwise lawful and productive actions”. However, this opposes the Obama administration and dozens of environmental groups’ positions.

Katie Umekubo of the Natural Resources Defense Council (NRDC) states the “Trump administration’s reckless actions threaten the irreversible loss of birds”. David O’Neill of the National Audubon Society agrees, commenting that “the MBTA serves as a common-sense tool to protect birds from preventable deaths” and the DOI’s change is a “misguided, short-sighted attack by the Administration”. Mike Leahy of the National Wildlife Federation vehemently opposes this change by stating that “there is no sense in poking holes in a century-old, proven method of success when one-third of America’s wildlife is at increased risk of extinction”.

These statements by the DOI have been positively received by the fossil fuel industry, drilling and extraction industry, and energy companies. The removal of the word ‘incidental’ allows the cutting of common-sense conservation measures as it strips corporations of their liability considering no harm is explicitly intentional. Although the change in the MBTA is certainly ‘beneficial’ to companies, the Trump administration’s position is nowhere near ‘beneficial’ to the birds it aims to protect.

In response to the Trump administration’s efforts to neuter the MBTA, Democratic Representative Alan Lowenthal of California’s 47th district alongside 18 bipartisan co-sponsors have introduced the Migratory Bird Protection Act (H.R. 5552) to restore the vital ‘incidental’ component to the MBTA. Section 2(a) of the bill explicitly inserts “incidentally take” and Section 14(a) proposes “it shall be a violation of this Act for any person to incidentally take a migratory bird as a result of a commercial activity except as authorized by this section and regulations issued pursuant to this section”. Without this vital protection, companies are no longer required to cover tar pits (that birds mistake for ponds) with nets, make power lines more visible, or flash communication tower lights to deter flocks. Unfortunately, the Republican-controlled Senate is unlikely to act.

With the loss of 3 billion birds from North America since 1970 and thousands of bird species reaching near-extinction, the dismantling of a 100-year old bipartisan bedrock conservation law is devastating. Despite advocates desperately vouching for MBTA’s necessity and expressing shock at the Trump administration’s unprecedented position, the administration’s position remains unchanged. President Trump’s denial of environmental issues is undeniable. The grave effects of his position will continue to live on. If this gutting of key MBTA language lives on, regrettably, millions of endangered birds will not.