In New York City, the Bronx is the poorest borough as it contains the highest rate of families living below the poverty level. The Bronx, East Harlem and neighborhoods in North and Central Brooklyn are majority communities of color. These neighborhoods are located near some of the city’s biggest highways. They also have the highest rates of asthma hospitalization in the city. Diabetes is likewise found in the highest prevalence in these areas. The disproportionate impact of environmental degradation can be seen in New York City, and New York State as whole, prompting the need for environmental justice work.

The New York State senate proposed an amendment to the state constitution, Proposition 2 or the Environmental Rights Amendment. On November 2, 2021, voters approved the Amendment. The Amendment adds language to the constitution’s Bill of Rights declaring that all New Yorkers have “a right to clean water, clean air, and a healthful environment.” Practically, this likely means that New Yorkers will be able to demand greater government scrutiny towards polluting businesses and/or create affirmative actions on the part of the government. Presently, Hawaii, Illinois, Massachusetts, Montana, Pennsylvania, and Rhode Island all include language enshrining the environmental rights of their residents. Only Pennsylvania and Montana have created an absolute right to environmental resources. In Pennsylvania, the amendment enabled advocacy groups to fight against harmful gas and oil practices and in Montana it addressed polluted water dumped in rivers.

Republican opponents claim that the amendment opens the door to rash and abusive lawsuits. They cite particular concern with the lack of legal standard and definition for what constitutes “clean” and “healthful.” One of the most vocal opponents, State Senator Dan Stec stated that “I’m all for clean air and clean water. Who isn’t? But in the face of ambiguity you will have distrust, you will have lawsuits, you will have costs, and I’m trying to avoid that.” However, environmental organizations have spent years advocating for it in the belief that it will provide a tool for these low-income and minority communities to fight against the disproportionate environmental degradation and resulting health issues that they experience.

I believe that New York State will develop a legal test, like that of Pennsylvania, to abate the concerns of those like State Senator Stec. In this test, adjudicators will consider whether there was compliance with all applicable statutes and regulations relevant to the protection of natural resources, whether there was a reasonable effort to reduce environmental detriment and whether the environmental harm clearly outweighs the benefits derived. This test will bolster the potency of the already established environmental laws, like the State Environmental Quality Review Act. Regardless of the parameters, the Amendment will likely lead vulnerable communities to use the codified right to push for greater public transportation access, to cut down on cars and preserve air quality, and oppose projects that would harm the water supply and air quality. While the amendment will not provide immediate redress to the history of environmental harm toward low income communities of color and poses some confusion around its precise legal implications, it is an important step towards environmental justice in New York. 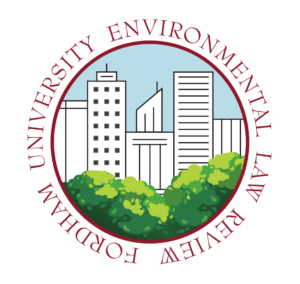