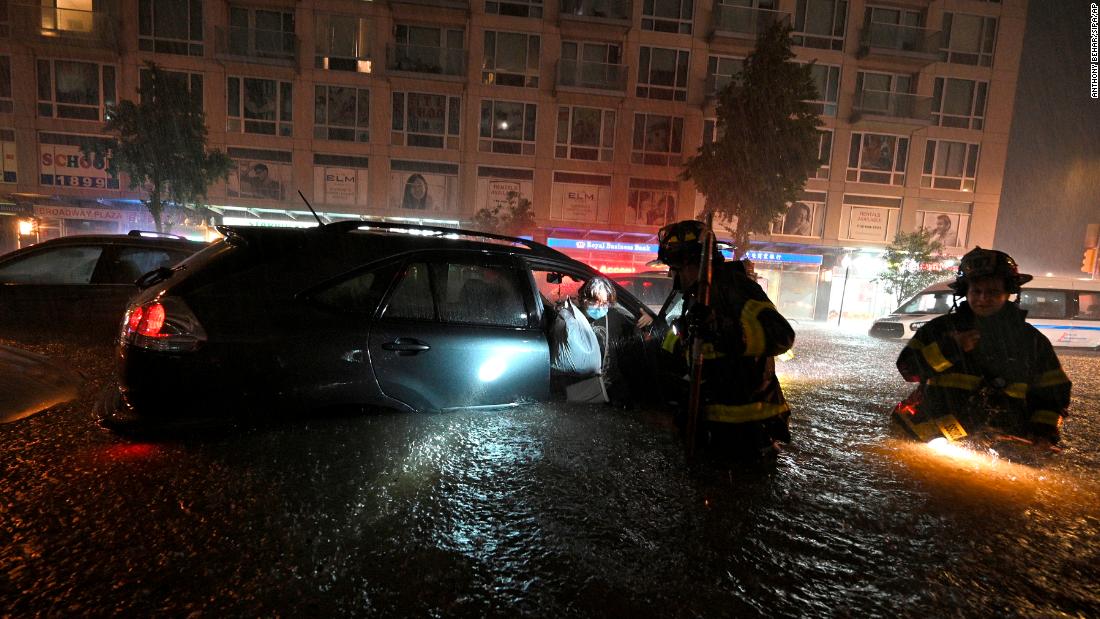 Thirteen people died when the remnants of Hurricane Ida hit New York City on September 1st, 2021.  Once the rain started, the city’s aging infrastructure failed and the floodwaters began to rise.  Ida illustrated just how unequipped New York is to contend with the ramifications of climate change, but even more that the risk is not evenly shared.

Scientists predict that as climate change continues, increased moisture in the air will spawn more frequent and intense storms.  We have already seen this.  When Ida hit New York, it brought seven inches of rain in one day with over three of them in an hour alone.  Much New York’s storm drains and sewage systems are around one hundred years old and are only equipped to handle a maximum of two inches of rain per hour.  While the city has updated stormwater systems in Staten Island, more work needs to quickly be completed in order to mitigate loss of life with future storms.

In 2018, the New York City Council passed Local Law 172 which requires a new map of flood risks and a new plan of action for stormwater management be made and revisited every four years.  In May 2021, the Department of Environmental Protection (DEP) released their report.  In less than four months, Ida had already almost met their “extreme” flooding prediction for the next four years.

If the stormwater management systems in New York remain the same, communities of color will continue to be particularly vulnerable.  Nearly all of the thirteen people who died from Ida in New York were people of color living in historically redlined areas of the city.  These neighborhoods are at a significantly higher risk of experiencing severe flooding because of maintenance issues and a lack of adequate green spaces.

Storm drain maintenance and street sanitation are necessary to remove debris so that drains can work efficiently.  If storm drains are clogged, water will begin pool, exacerbating flooding.  The DEP is in charge of regularly cleaning storm drains throughout the city.  However, city resources have historically been more readily allocated to richer, whiter areas, effectively segregating resources.  Eric Adams, at the time the Democratic Mayoral nominee, remarked that the city “clearly [has] not been cleaning [the storm drains] on a regular basis,” while touring areas of Brooklyn after Ida.  This issue is only worsened by pandemic cutbacks on street cleaning and garbage collection.

The DEP advocates for community members to clear their own storm drains or to call 311.  However, the DEP already relies on volunteers to clean out storm drains when 311 calls come in.  Volunteers cannot do much to drains that have been systemically neglected and will continue to be under the existing system.

Additionally, it is well documented that communities of color are less likely to have access to public green spaces.  In terms of flooding, a lack of green spaces is dangerous as greenery acts as a natural sponge, absorbing water into the ground instead of letting it pool on concrete or asphalt.  Recognizing this risk, New York has established thousands of curbside “rain gardens” for this purpose.  However, as a 2018 audit from Comptroller Scott Stringer showed, the DEP has failed to adequately maintain rain gardens throughout the city with a third of tested rain gardens in the Bronx, Brooklyn, and Queens not having been adequately maintained.  The DEP supposedly checks rain gardens weekly, performing any necessary maintenance.  When they are not maintained by picking up trash, removing weeds, and ensuring the plants and trees are alive and thriving, rain gardens are all but useless at absorbing excess stormwater.  In response to the audit, the DEP announced a program where volunteers would perform the rain garden maintenance work, lessening the department’s responsibility.

These storms will only continue to become more frequent and severe.  While everyone is dealing with climate change, communities of color in New York are at the most risk, and the DEP is too underfunded to meet current needs let alone adapt as storms become worse.  The only way to protect communities of color is to invest in them: repairing and improving existing infrastructure in their areas.  Amending the 2018 Local Law 172 to revisit long-term plans more frequently in order to address changing climate change trends is necessary in order to advocate for more funds for the DEP in the city’s budget.  While this is not a drastic change, it is a small step towards making the DEP more capable of addressing the needs of communities of color in the future.