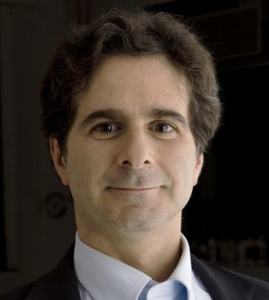 Surely, Professor David Cassuto’s career path is atypical (he was a professor before he was a law student!), but I still managed to leave the conversation feeling inspired.  He positioned environmental policy challenges at the forefront of his intellectual curiosity and essentially, just kept returning to what mattered to him.  His more traditional accolades (elite law school, competitive clerkships, litigation firms) didn’t derail Professor Cassuto from contributing by teaching and leading a bilateral international environmental stewardship initiative.

Prior to going to law school, he was an English professor who studied how literature and politics intermingled viz a viz water policy in the Southwest region of the United States.  In fact, he was motivated to go to law school because he figured it would make me a better academic.  So as a 1L, Professor Cassuto (who again, was then a professor!) believed that he was only there to become a more informed scholar.  As a student at the University of California, Berkeley, School of Law, in between the best burritos the country has to offer (his words, not mine!), he finished his book and studied under the great environmental legal thinker, activist, and scholar Joseph Sax.  But then, after law school, Professor Cassuto found himself clerking.  Though it’s true he was thinking of returning to academia as a Clerk, he ended up practicing.  This is where the process of returning to what matters to him began.

After practicing complex litigation at a Big Law firm, Professor Cassuto moved to a firm that specialized in land use law in San Francisco.  There he worked on complex civil litigation, mostly around securities fraud but was exposed to land use through the firm’s specialization.  He kept his sights on possible federal jobs with an environmentally focused agency like the Environmental Protection Agency or the Department of Justice.  But Professor Cassuto began to think about what he wanted to actually be doing as a lawyer.  I believe it was here that Professor Cassuto learned the lesson he shared with me at the end of our conversation: the law is endlessly fascinating, but that doesn’t mean that everything lawyers do is.

It, therefore, makes sense that his next career move was to return to academia.  In addition to teaching at the Elisabeth Haub School of Law at Pace University, Professor Cassuto currently serves as the director of the Brazil-American Institution for Law and Environment (BAILE).  The abbreviation doubles as the Portuguese synonym for dance.  In this role, Professor Cassuto facilitates bilateral engagement on environmental topics by engaging in both legal regimes and developing lasting relationships.  To Professor Cassuto this kind of work is necessary, and because of its size, population, and home to the world’s most important natural resources, Brazil, in particular, is an ideal partner.

Towards the end of our conversation, Professor Cassuto observed that the law is fascinating and a great thing, but that it doesn’t necessarily follow that a lawyer does fascinating and great things.  He recommends trying stuff.  First figure out what you care about, then just try different things.  I’m inspired to act on his advice.

Professor David N. Cassuto came to Pace in July 2003 from Coblentz, Patch, Duffy & Bass LLP in San Francisco, where he practiced complex civil litigation. Prior to that, he was an associate at Pillsbury Winthrop LLP in San Francisco and served on the Executive Committee of the San Francisco Bar Association’s Environmental Law Practice Group. Before entering private practice, Professor Cassuto clerked for the Honorable Rosemary Barkett on the United States Court of Appeals for the Eleventh Circuit.

A former professor of English specializing in literature and the environment, Professor Cassuto has published and lectured widely on legal, literary, and environmental issues. He is also a frequent speaker on legal and cultural studies.

He was a Fulbright Fellow at FGV Direito Rio, in Rio de Janeiro Brazil in 2010, is a visiting professor at the Federal University of Bahia, Brazil, and is the Class of 1946 Distinguished Visiting Professor of Environmental Law at Williams College.